The Vorgee Million Metre Awards acknowledge progress from the “learn to swim” beginner to the distance swimmer. These awards are intended to stimulate members to strive for greater fitness and are open to all registered members of Masters Swimming Australia.

The Million Metre Awards were originally launched in the late 1970’s under the sponsorship of City Mutual and they have had some minor tweaking over the years.

Vorgee became a sponsor of Masters Swimming Australia in 2007 and were thrilled to become the naming rights sponsor of the Million Metre Awards, as one of the many programs that they support across the masters swimming organisations. They have provided certificates, prizes, trophies and the clothing awards since then and allow us to reward the members who clock up an incredible number of metres in the water.

Upon successful completion of each distance, members are awarded with the following:

All garments are embroidered with the Masters Swimming Australia logo, the Vorgee logo, the words “One (two, three, four, five, seven, ten, fifteen,  twenty and twenty-five) Million Metre Club”, and the recipient’s name. 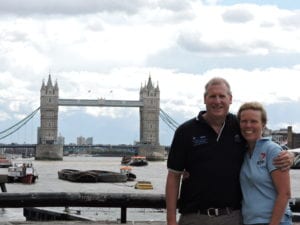 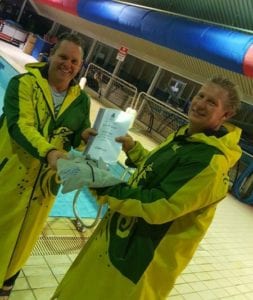 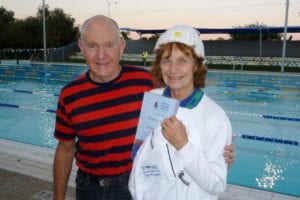 1MilSallyHatcherNSW[1]Sally Hatcher from MSNSW became a member of the One Million Metres Club in 2014
How do I record my distances swum? .... read more & download the Record Card

Download a Record Card from one of the links below, and then record the distances covered in training and races as you go.

What swims are eligible? .... read more

Members can count any distance swum in a measured pool or defined distance open water event.

Once distances are completed, download the application form from the link below and submit it to your MSA Branch office.
Once all details are verified, the award will be processed at the National Office and sent to the Branch to arrange the presentation.

Members who complete each distance become members of the Million Metres Club.